Juka’s Multi-Person Chamber is suited for group systemic cryogenic therapy. Cryochamber is a unit composed of two separate rooms- the preliminary chamber and the main chamber. The temperature may be set ranging from -40C to -60C in the preliminary chamber and from -100C to -160C in the main chamber. The time of the procedure is set and controlled by the personnel and can be up to 4 minutes total. Both, treatment temperatures and time may be selected and planned individually for each and every session. Induced circulation on “cold” enables an even spread of temperature throughout the rooms. Furthermore the lack of roof eliminates the problem of heat produced by patients which accumulates under the ceiling. In chambers equipped with roofs; the accumulated heat has a negative effect on the distribution of temperature within the chambers.
During the treatment, clients wear minimal protective clothing: clogs, socks, gloves, headband/hat, cotton underwear and a disposable face mask. 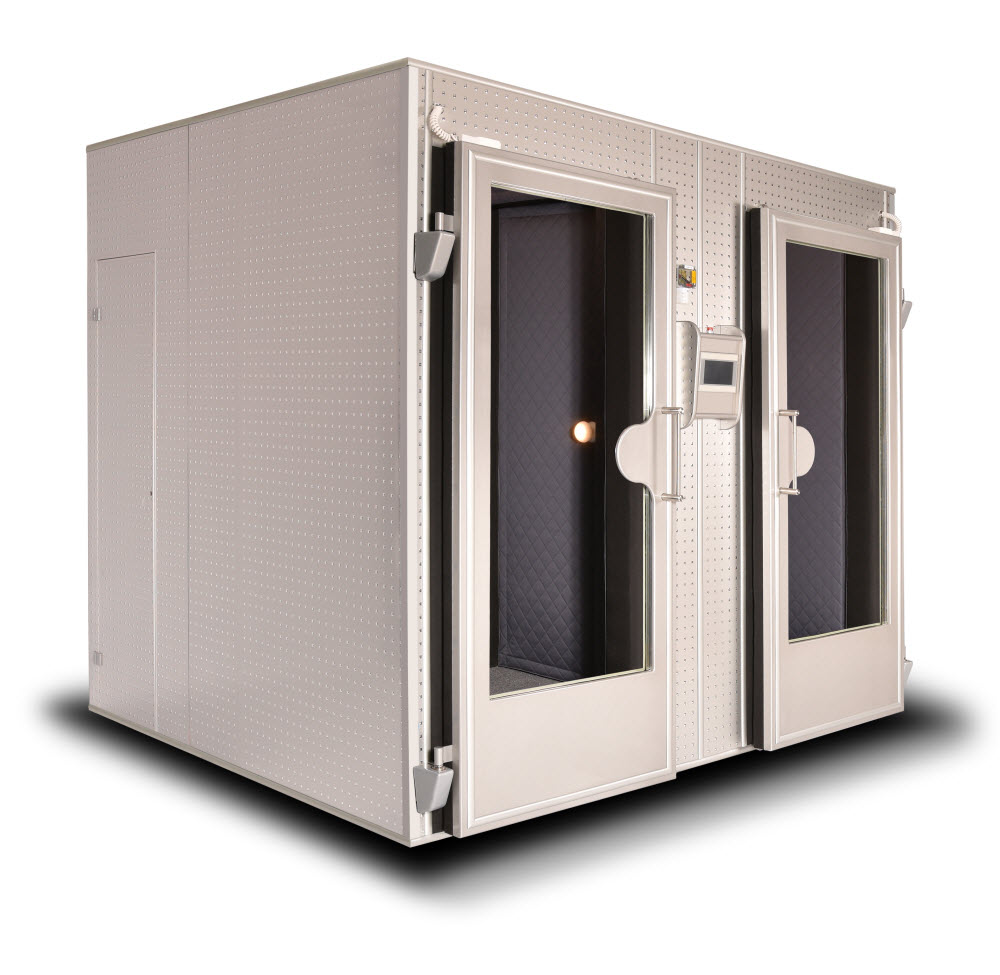 *The USFDA does not review cryotherapy products for safety and effectiveness. FDA has not cleared or approved any of these devices for medical treatment of any specific medical conditions. The manufacturers of cryotherapy equipment are solely liable for making sure their products are safe.